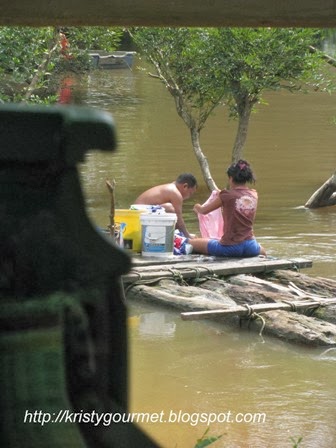 Kampung Tempagan orang asli is one of the largest orang asli village I saw so far around Bera, Pahang, which is located at the middle of Bera river. This river is the meeting point between Sungai Bera & Sungai Serting before going into Sungai Pahang (the longest river in Malaysia). There's about 20 families here and mostly of them are living in a proper houses with tap water & electricity provided by the government. Of course, they still need to pay the bills. Therefore, they  prefer doing their laundry at the river side. And I managed to take a photo of this couple when they did their laundry nearby my camp side. Only then I realized orang asli man is very homey & loving. He's actually helping his wife to brush the clothing under the hot sun every time. Hats off to him ! Clap clap clap..... And some couples even go fishing & hunting together. Hubby & I both are taking bath at that rakit (raft in English) as well. hehe.... It was quite fun. 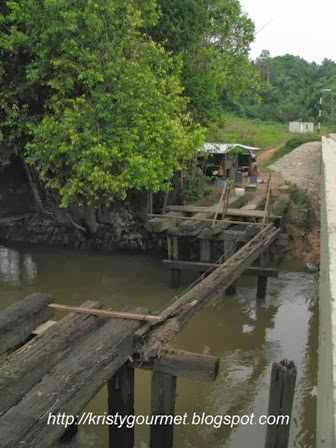 The first picture & second picture were taken during the monsoon season where the river water still at very high stage but not the highest. The highest water level was over this newly built cement bridge where I'm standing now. 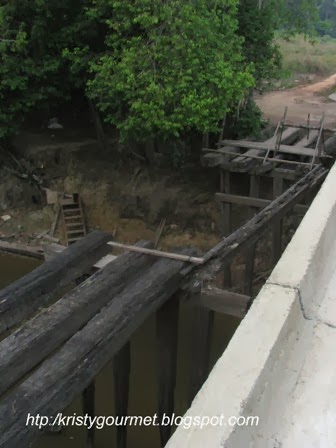 And this picture was taken one weeks ago, where the water level has already fall to almost critical level. Honestly, this is very first time I have ever seen such serious drought situation at the Northern part of Malaysia. Though river poisoning & electrofishing is illegal in Malaysia. Yet still often people came in to poison the river during this time of the year, to collect fishes & fresh water prawns for better income. 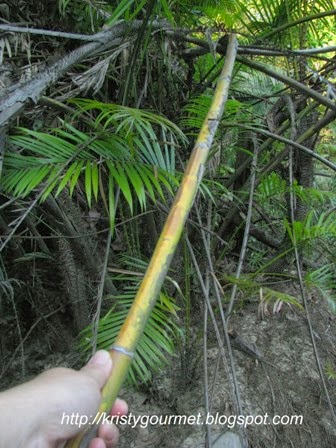 This is another camp site nearby Kampung Tempagan. One of the local orang asli (Jeb)brought us here, where his parents' boat was parking at. This camp site is quite special cause its surrounded by rattan (rotan in Malay) & mengkuang leaves (or pandanus atrocarpos) not scewpine (or pandanus amaryllifolius).The specialty of mengkuang leaf is to use it in weaving sitting mat (or tikar in Malay), which is very common here in Malaysia. Click here for more info in processing mengkuang leaves. And rattan is used in making furnitures. 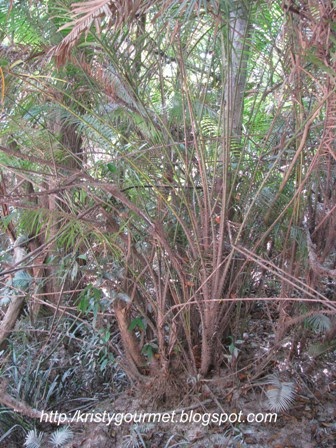 And this is one of the many rattan trees around here. I was told that orang asli often used the rattan leaves for fishing. Are you curious about it ????  Come on. Lets find out why & how! 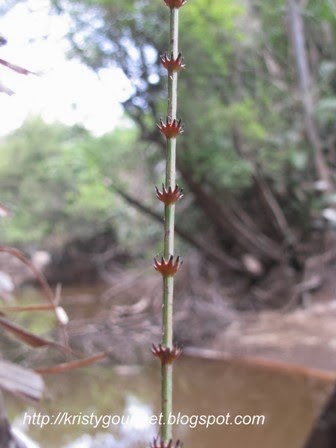 Ahh...haaaa...... this is why they used it for fishing cause there are hook-like spines growing on the stick along the leaf. Have to be careful when handling this thing cause its not easy to release from our skin once it stuck to it. 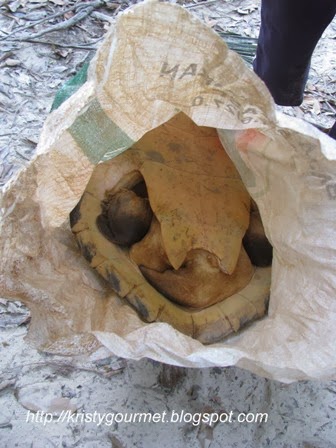 This is the catch of the day. Not a good catch for me. I really don't wish to see this. One of the orang asli (Johari)caught this big tortoise (more than 20kg) a night before and they going to eat it the next day. Poor thing ! Tortoise is one of their favourite food other than monkeys & wild boar.Yikes ! 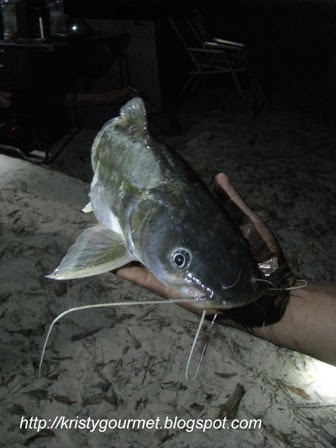 Now, the same night this guy came back with a half eaten Baung (mystus) from his catch. This baung is around 2kg big and was eaten by a 8-10kg toman (snakehead)as predicted. Then the next day, Jeb brought hubby & me to another Kampung whereabout 30 minutes drive away from Kampung Tempagan. Just look at the crack land near the river bank. 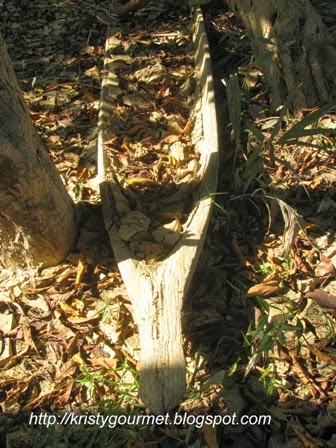 I found an abandon dugout canoe nearby. Looks like an antique.... 100 years old ! 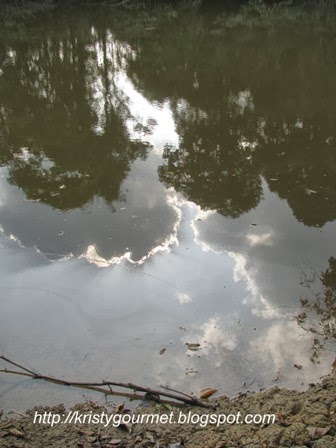 The best catch of the day at the river side.

Again, here's the reminder about the giveaway, four(4) more days to go. Don't miss out the fun guys! Result will be announced on the 13th March. Good luck everyone.
Email Post
Labels: Adventure