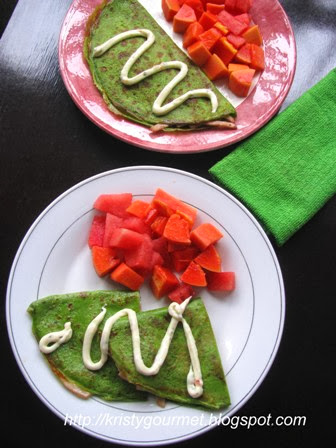 Yeap...X'mas mood is on the air already ! Wow....just imagine how time flies. It sounds like just saying the same old thing not long ago. haha.... Oh well, many says X'mas is normally represent something white, such as white X'mas but for me; the first thing came to my mind was red & green NOT white! >o< And this dish says it all. After spending a few years blogging, I came to know that many spent most of their time preparing the festive dishes way early for that special day to come for example Thanksgiving & X'mas eve. And will be eating whatever leftover for the following day(s) at home. So, here I'm sharing something fun & colourful for this coming X'mas.....something delicious to enjoy on the early X'mas morning. 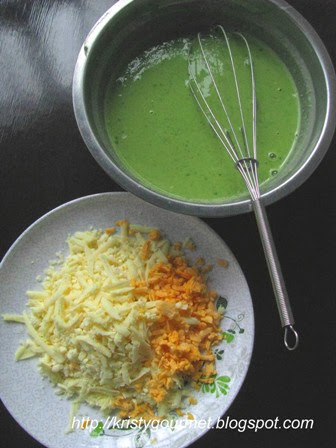 Method :
Blend or puree raw spinach till fine & smooth (keep the extra puree refrigerated for other purposes), then beat together all the ingredients till well combined. Preheat frying pan with a touch of butter, place in a latter of batter and cook over medium heat till almost done. 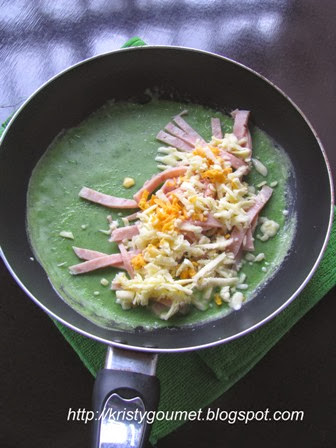 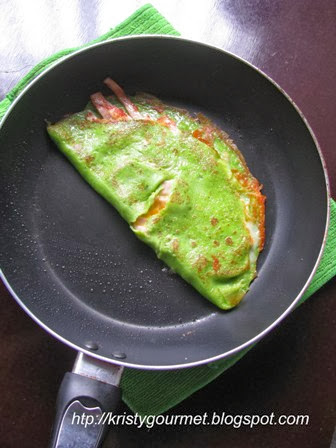 By then, the cheese should be nicely melted and its ready to serve with some mixed fruit. Of course, you may use whatever leftover from the night before, such as turkey meat or roasted /pull-apart pork.
Email Post
Labels: Pancake Snacks