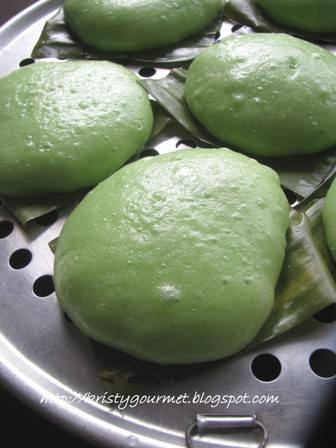 I was very pleased to have started my Herman project. I worked on most of my recipe from scratch and still experimenting. Its quite a challenge to work with the Asian food without an actual measurement by using Herman starter. Surprisingly, the result is overwhelming especially this Hakka steamed bun which I made the other day. 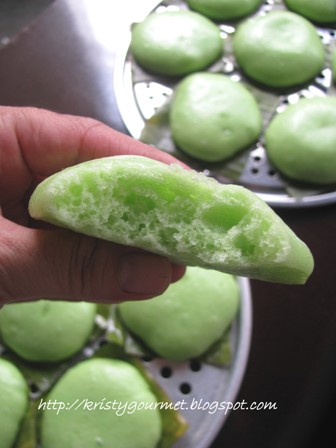 These buns are super light, airy & fluffy and its extremely delicious. I am totally blown away. 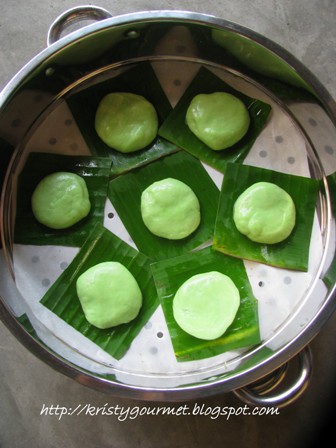 *banana leaf cut into 4x4" length then greased with oil

Method :
(1)  combine both flour & sugar then mix well.
(2)  stir in herman starter & pandan paste till sticky dough is formed, add in oil and continue kneading till smooth and no longer sticky.
(3)  divide dough by using an ice cream scoop then round them with your oil coating hand.
(4)  place dough to banana leaf and set aside to rest for at least 3 hours.

**Tips :  I have chosen to activate my previous Herman starter with water instead of milk. I personally prefer water to go into this particularly Chinese Kuih and not milk. I did note that milk works better than water. Milk helps to generate more bubbles than water. 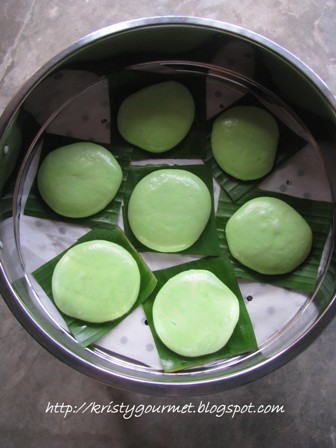 (5)  the dough rose beautifully after 3 hours and its ready to go into the preheated steamer to steam for 15 minutes over high heat.
(6)  once its done, let them rest in steamer for 5 minutes with a closing lid before transferring them onto rack. 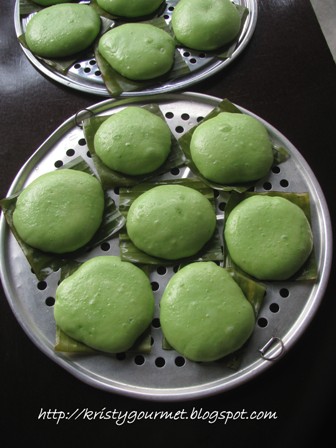 Another successful yummy bun from Herman starter ! Hope you guys will like it too. Have fun.
Email Post
Labels: Eggless Hermen Steamed Bun Vegan Wild Yeast