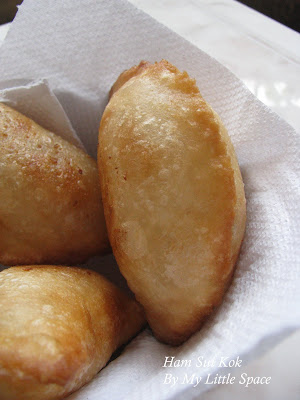 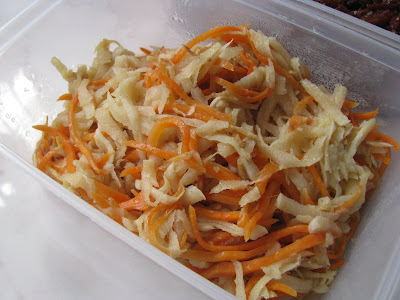 Ham sui kok is also one of many dishes often seen in any dim sum restaurants. This is something we wouldn't want to miss. I just love the sweet delicious crispy crust with those juicy delicious fillings so much. Doesn't it sound so irresistible to you too! Besides, it doesn't cost much either and only very little ingredients are used. Come on lets join me for the fun. 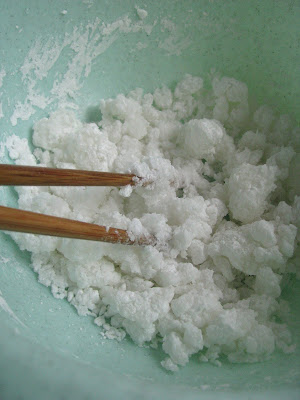 Method :
(1) add ingredients (B) into (A) and then knead till a soft & smooth dough is formed.
(2) then divide into 18-20 portions dough balls.
(3) flatten each dough by using a flat knife or dough cutter (by pressing).
(4) place in fillings and then seal nicely.
(5) finally, deep fried them till golden brown. 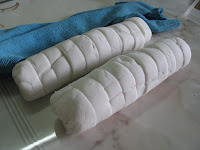 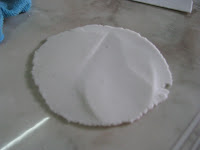 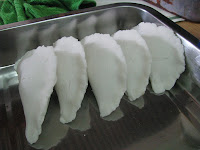 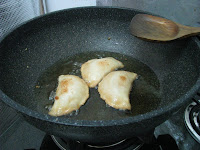 Method :
(1) preheat frying pan with a little oil.
(2) fry ginger till brown and then add in jicama & carrot.
(3) off the heat after simmer for about 2 mins.
(4) stir in salt & pepper and the sauce, mix well.
(5) cool to room temperature before used. 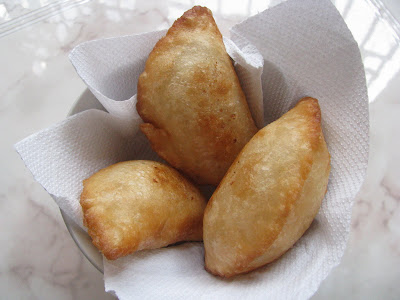 It's best to be served while it's still hot. The crust is simply irresistible but be caution that the filling is very very hot. Well. this sure perfect for the winter! 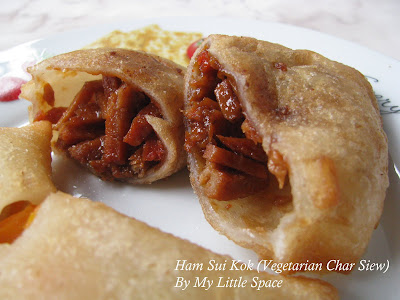 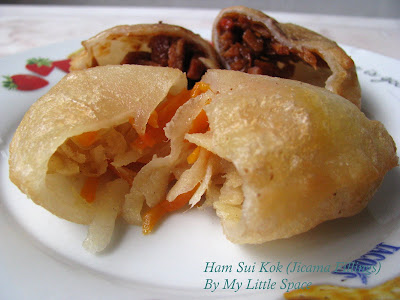 I also used very simple jicama filling which included shredded jicama, carrot & ginger. For a pure Buddhist vegetarian, they're not encourage to take garlic & onion in their cooking. It is believe that garlic & onion will cause the arises of mentality desire, or eager for something badly.
*
I'm sending this to 3 Hungry Tummies @ Muhibbah Malaysian Monday.