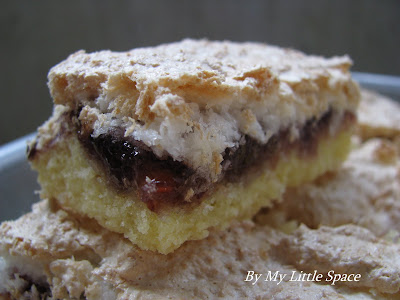 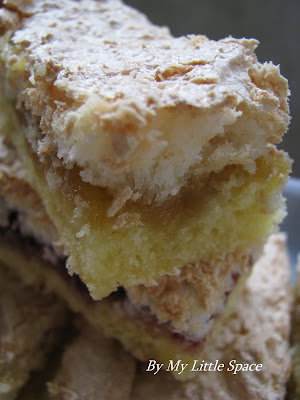 I have no idea these thing actually looks so irresistible! The top picture is the one with mixed fruit jam and the following photo is the one with homemade kaya @ coconut egg custard jam. I have tasted them both and is totally speechless. The soft crumble base....crispy fragrant coconut top crust with such marvellous fillings. So, what else can I say!

- cream butter and sugar untill fluffy.
- add in egg and whisk till well combined.
- fold in flour and baking powder to form a soft dough.
- press dough to a 9" square pan line with baking paper.

- whisk egg white and sugar (one tbsp at a time) untill stiff and foamy.
- fold in coconut and mix well. 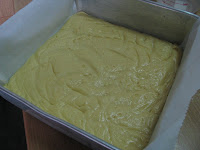 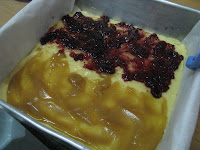 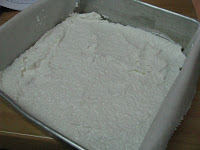 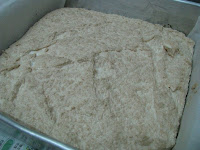 TO ASSEMBLE :
- spread both jam to each side separately over the ready base dough pan.
- cover with coconut mixture and spread evenly.
- bake for 25-30 mins at 185'C.
- leave cool before slicing. 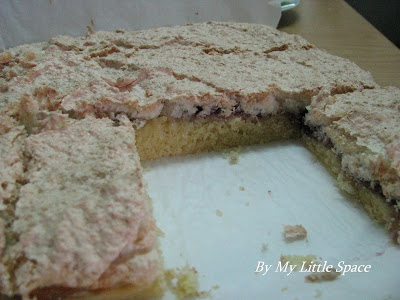 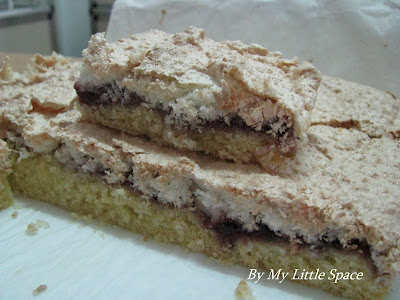 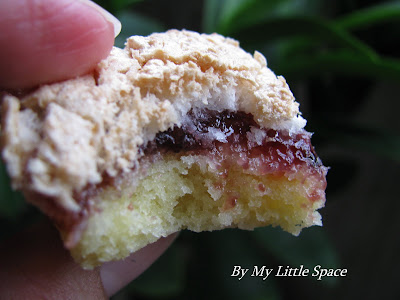