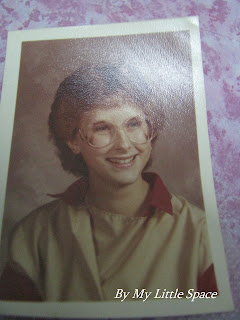 I actually learned about this pen pal thing from my father. I still remember when I was little I was curious to see a Japanese girl photo in my family album. Then I started asking my dad who is that person and how come I've never seen her before??!! And my dad told me that little girl is actually his pen friend from Japan. Oh...I was like so surprised! They actually have this kind of activities ever since in the 50's. Then, when I get older about 12-13 years old (it should be in year 1980) I've came across this universal pen pal show from a TV programme. So, I wrote in and asking for a pen friend. Two weeks later, I actually received a letter from a girl name Marie Libke. If I'm not mistaken, she is about my age. She's from Iowa, US. And we started writing to each other as often as possible! You see, we were only be able to write to each other once a month because it takes about 2 weeks for mine to reach to her side and another 2 weeks for her to reach to mine place.But it was fun! I was always looking forward for her reply and checking out the mail box each day after school. Then everything ended up after she get married in year 1987. She graduated the same year and had has her wedding by that summer. The last letter I received from her was a year after and she sent me a picture of her 1st new born baby boy, Ross Christianson. And she was telling me that she's planning to take nursing course. After that she has never wrote! Well, it is understandable!! A married woman with a baby and studying at the same time, yet has to take care of her family as well. Really not easy at all!!! 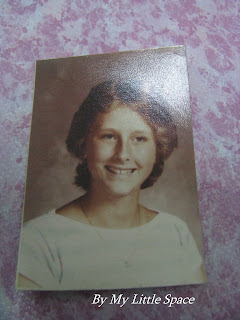 This is her graduation photo, taken in year 1987! Very beautiful with her lovely smile! Later, she became Marie Christianson. 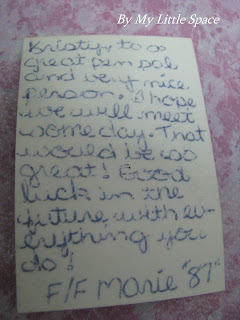 At the back of her photo : "Kristy, to a great pen pal and very nice person. I hope we will meet some day. That would be so great! Good Luck in the future with everything you do! Friends Forever, Marie 1987". 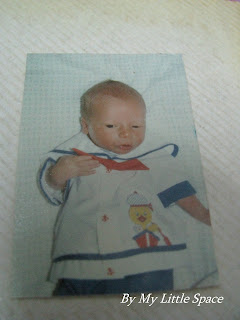 And this is her very first baby boy, Ross! This is actually his hospital picture. Once a while, I thought of her and wonder what is she doing right now! Marie, I wish you the best where ever you are and may god bless you & your family! I will always miss you!
Email Post
Labels: Adventure