I bought a new camera about a year ago. I was always too busy to take it out and play with it. And during the Chinese New Year of 2009 where it's fall on the 26th of January. The following pictures were taken by me on that day when we were travelling back to my parents' place to the north. 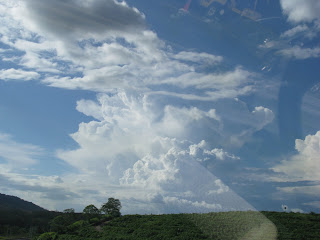 This picture was taken at around 4.30pm on the 26th Jan'09, at South-North highway nearby the KLIA airport. It was so cloudy and really captured my attention. 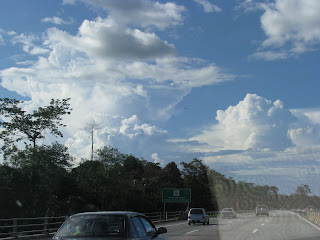 This picture was taken at about 5.00pm. The sky still looking so beautiful. 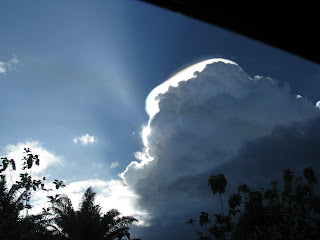 This picture was taken at about 6.00pm, where we were about to reach Bidor, Perak State. At this time I have noticed the colourful scene appeared on top of this cloud. It was really attrative! 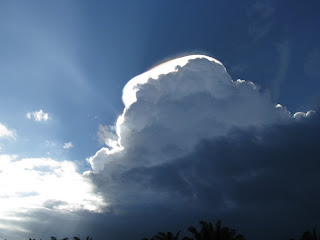 It was about 6.15pm. All the cars at the highway already noticed it and started to pull over by the roadside. 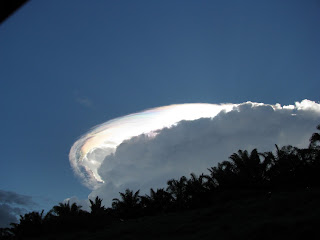 At about 6.30pm, the cloud looks bigger and the scenery was so amazing!! Everyone just sit by the roadside and took pictures of it. Since all the cars were not moving, we speed all the way back to my parents' place. 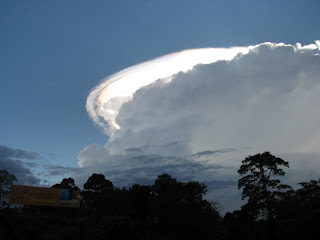 This was the last picture taken at around 6.40pm. I have reached Tapah Tol Plaza.

Finally, I reached my parents' place at about 7.15pm that day. It was so nice cause no traffic jam. HA! HA!