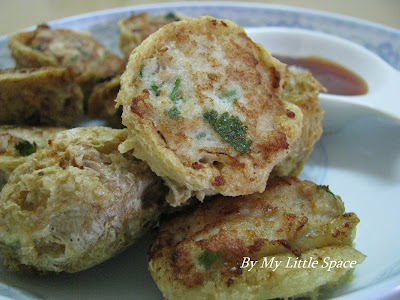 What are the ingredients you normally used in stuffed bean curd puffs? Mine should be fish paste stuffing in 'Hakka' style. Besides of that, I have something here which is easier....no fish paste is needed. And is perfect for snack or as well as side dish! 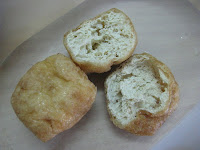 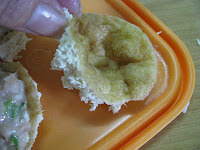 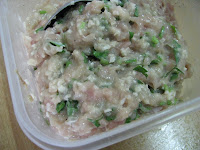 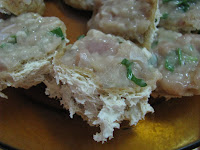 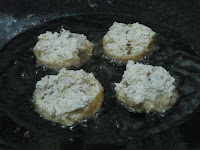 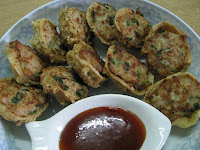 - stuff in the filling and then steam for 5 mins.
- next, deep fry the stuffed bean curd untill golden brown. 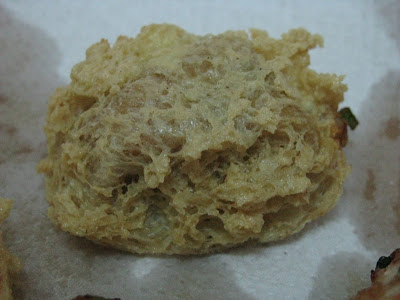 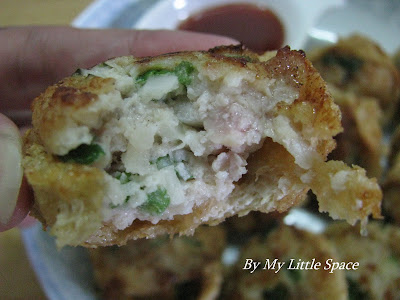