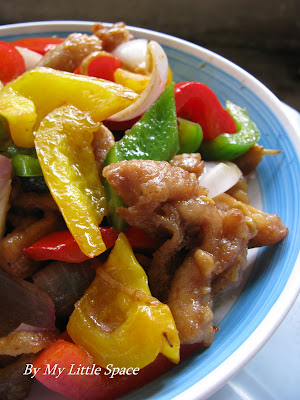 Four of seven important colours in one serving! Bell pepper is one of my favourites. Do you know red peppers have more vitamins and nutrients and contain the antioxidant lycopene. The level of carotene, another antioxidant, is nine times higher in red peppers. Red peppers also have twice the vitamin C content of green peppers. And orange bell peppers contain even more vitamin C and significantly more vitamin A. Because orange bell peppers are so juicy and sweet, and because they contain even less energy than half the energy of an orange, orange bell peppers are pre-eminently appropriate as refreshing slim-keeper, both as such or prepared in any dish. They can be eaten raw without having discomfort of digestion later. So, do you love them even more? 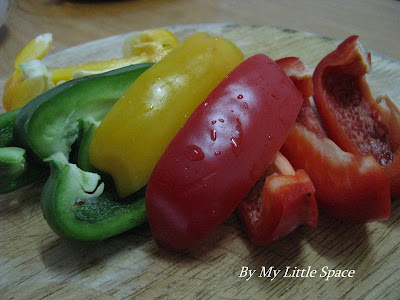 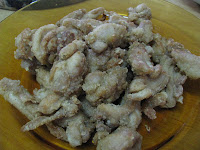 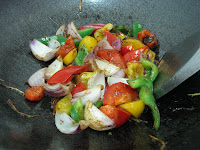 - then stir in all three bell peppers and onion.
- simmer over medium heat for about 30sec and stir in soy bean paste.
- mix well and then add in thickening.
- stir in the chicken meat once the gravy became creamy. 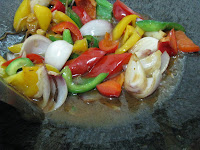 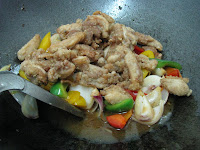 - off the heat, mix well so that all the chicken meats are well coated with sauce.
- and serve hot. 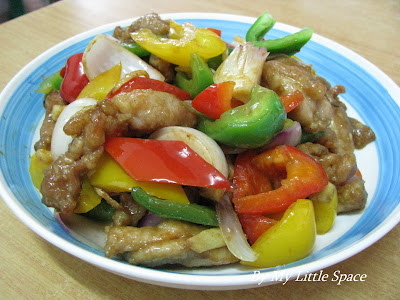 This is a very flavourful dish, so it's nice to go with something plain. You may also try this recipe by adding in some prawns which my boy loves so much! If you can't find any soy bean paste, maybe you can try with Korean bean paste. 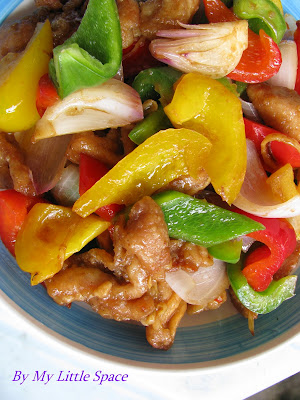 I'm not celebrating Easter Day. However, I'm here wishing all a very Happy Easter Day and have lots of fun! Bless you all.
Email Post
Labels: Chicken Veggie