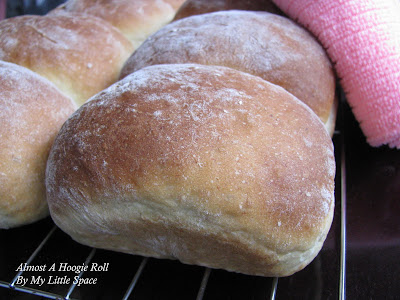 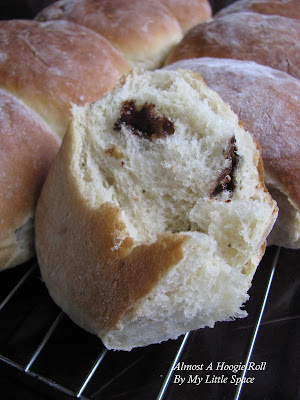 Why I'm calling it almost a Hoagie roll! It's all about the changed of plan. I was about to make a hoagie roll but after the addition of some leftover bananas & chocolate chips, then I decided to make it half of the size. So, almost a Hoagie roll is formed. haha.... What exactly a Hoagie roll? From all the information that I have, Hoagie roll is actually bun which is shaped like a torpedo or hotdog bread and is used in making sandwiches. There's no particular recipes to use in this bread. Yeap, you can use any bread recipe to recreate a Hoagie roll as your own preference. And this is my version! It's special for cream filling instead of savory fillings.

Method :
(1) combine flour, yeast, sugar and salt into a big mixing bowl.
(2) combine milk, water & banana and mix well.
(3) now, stir milk mixture and egg into the dry ingredients to for form a soft dough.
(4) add in oil and continue kneading for another 2 mins. ( the dough is a little sticky~do not add in extra flour)
(5) then set aside to rest for an hour or untill double it size.
(6) again knead the dough till smooth before placing it to the working table.
(7) slightly floured the working, place on the dough and divide into 8 portions.
(8) roll each dough flat and place in the chocolate chips, then roll it into swiss roll and place it to the baking tray.
(9) again leave to rest for another 20 mins.
(10) finally, bake at preheated ove 180-185'C for 20-25mins. 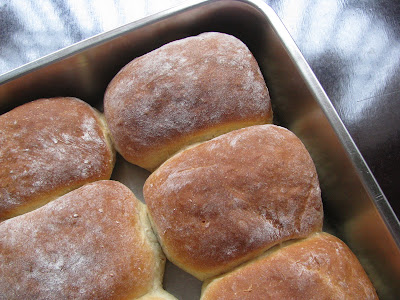 The crust looks incredible eventhough without the spread of egg glaze. 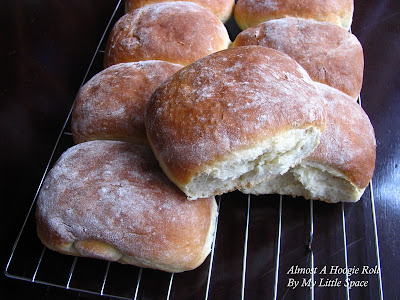 The additional of banana is always my desire in breadmaking and I finally done it. The bread is soft and crispy at the same time. And with the special flavour, life is completely a fairytale. Enjoy!