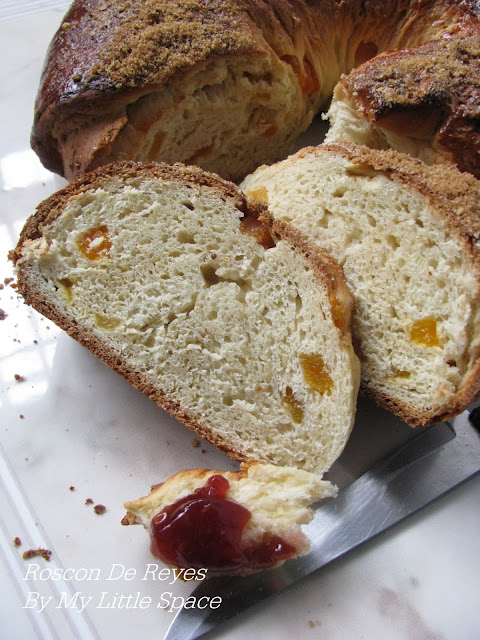 This is what they called as the Three Kings Bread or Roscon De Reyes in Spanish. It is normally eaten on the 6th of January to celebrate Epiphany Day (which we don't celebrate here). These breads are eventually decorated with colourful topping, either with coloured cherries or sugar frosting but what I did today was something a lot simple. My son  special request NO preserved cherries topping. So, I used brown sugar for topping instead and dried apricot in dough mixing. The bread tastes nice & refreshing though. According to Elra's Baking, this is actually the Mexican version of Three Kings Bread. 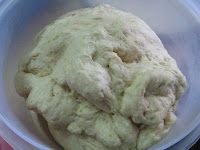 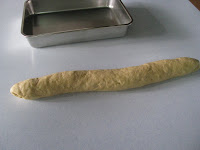 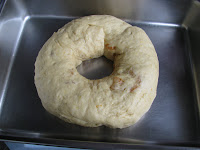 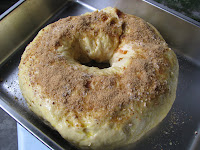 Method :
(1) add yeast into warm milk & leave to rest untill dissolved.
(2) combine flour, salt, lemon & orange rinds and sugar in a big mixing bowl.
(3) stir in milk mixture to form a soft dough. (4) add in butter and continue kneading untill combined.
(5) keep dough covered and leave to rest for an hour.
(6) punch dough to release air and add in dried apricot knead to combine.
(7) roll dough into a rope shape and then form a ring shape.
(8) place to baking tray and leave to rest for another 40mins.
(9) brush on egg glaze and sprinkle on the topping.
(10) bake at preheated oven at 170-175'C for 25-35mins or untill brown. 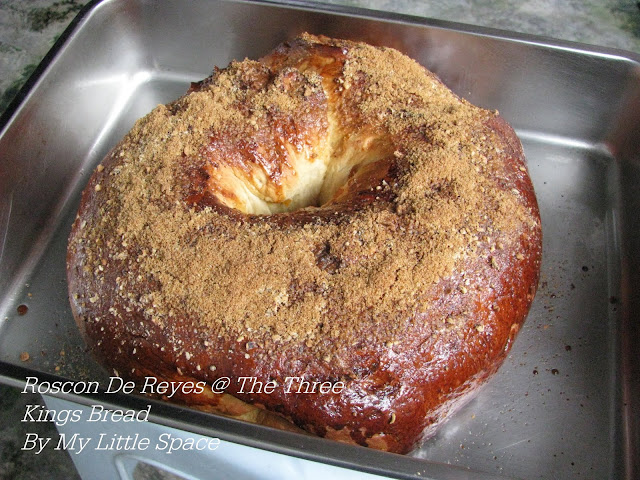 This bread is quite large. No problem feeding the whole family for one or two days. haha..... Maybe some day this will become the Asian version of Roscon De Reyes !!!! :o)
(festive food, bread, )
Email Post
Labels: Bread Festive Food