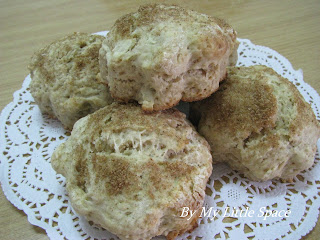 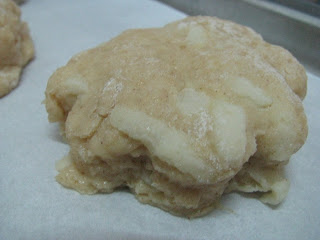 Look at the grated apple still can be seen clearly! 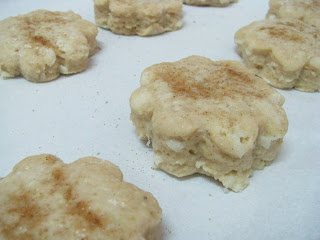 You need to sprinkle more sugar and cinnamon mixture for better look. 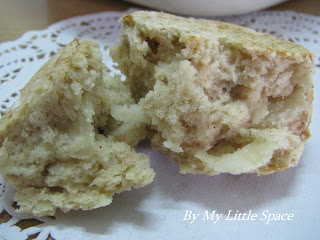 The scone texture looks good! I love the aroma of cinnamon. 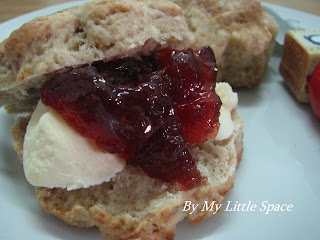 And I love to eat them with lots butter and jam ! So are my kids!